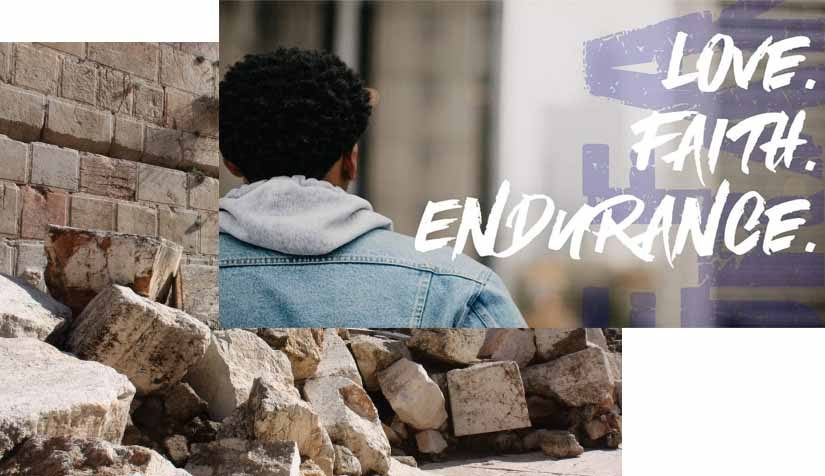 ‘I go to prepare a place for you and then I will come again and take you to myself,’ are Jesus’ words to his disciples the night before he died. (John 14:2-3). As the church year ends this month, the liturgy focus is on the ‘last days’ and the final end of the world while we are waiting for Christ to return as he promised.

Malachi 3:19-20
This book in the last in the Jewish Bible and the last words predict a day of the Lord’s coming. Not much is known about this prophet, even his name, as ‘Malachi’ means ‘my messenger’ and may not be a proper name. It was written after the return from the Babylonian Exile and the rebuilding of the temple, around 515 BCE. Like most prophets he had both warnings with strong condemnation of evil behaviour but also hope and confidence in God’s faithfulness. The image of fire, not as only destruction but as purification, is frequent in the prophets. Malachi describes God’s coming as like fields which after harvest were fired to remove the dead stalks. In contrast, those who have been faithful will be as fruitful as crops whose growth is nourished by the sun, described as a source of light, life and law.

Psalm 97/98:5-9
This psalm is one of joy, calling for celebration, first as in the Temple liturgy, and secondly calling on all creation to join in praising God. The last lines with the Lord coming with justice move between Malachi and the Christian hope of Christ’s return.

2 Thessalonians 3:3-12
The background is expectation of Christ’s coming and at issue are people who refused to work as they thought the end was very near, so saw no need to provide for the future. (In recent years, some who prophesied the end of the world, similarly sold everything and just waited for the expected day.) A better translation than ‘idle’ is ‘disorderly’. They are not only neglecting their own daily duties, but interfering with others in the community. The words to them are strict but express hope they will begin to live peacefully in the community. This warning is addressed to those who have the ability and possibility of work. The Bible is constant is its call to care for those who are in a degree of need they can do nothing about. The message of the New Testament is that while hoping for Christ’s return, we continue in our daily works of love and service to others.

Luke 21:5-19
In his commentary on Luke, J. A. Fitzmyer says, ‘this discourse is very complicated and one of the most difficult parts of the gospel tradition to interpret. There are almost as many interpretations of it as there are heads that think about it.’ The general direction, however, is clear. Two points of time concerned: the destruction of the Jerusalem Temple which would happen shortly, with the scattering of the Jews throughout the Roman Empire. The other is the final end of our time-world which 2,000 years later is still in the future.

The story begins when some were praising the Jewish Temple where Jesus was teaching. Jesus had earlier in the gospel praised it as a house of prayer, and had wept when he realised the city would refuse his message. Now his prediction is dire. It is hardly possible for us today to appreciate fully the shock of the Temple’s destruction. It was the centre of Jewish life, the focus of their faith that God lived among them, with the Temple as his dwelling. For something of their shock, we might imagine the total destruction of London – the Parliament, royal palaces and great churches.

The area of the Temple ground was vast. In Secrets of Jerusalem’s Temple Mount a book based on recent archaeology, L. and K. Ritmeyer say it would take six football fields to fill the area north to south. The Temple itself took up only part of this, but it was impressive nevertheless. Descriptions of the time mention gleaming white stones and gold decoration. Since the destruction Jesus prophesied was so total, we no longer see anything of the Temple itself. Later, Muslims built over what is a holy site for them as it is for Jews. Often pictured is this ‘Dome of the Rock’ with its golden top. One remaining foundation of the Temple area is now ‘The Wailing Wall’, a prayer place for Jews to pray at present. The stones of this wall can be seen as massive, some 35 feet long and weighing up to 70 tons. No wonder that the idea of the whole temple’s destruction would have been appalling. Jesus’ prediction came true not long after his death when after the Jewish revolt against Rome, 66-70 AD, the emperor Titus besieged the city, destroyed it with great brutality and turned the huge temple complex into a ruin of shattered stones.

When his listeners ask when the Temple destruction will be, Jesus does not immediately answer their question. (He will later give his followers some signs so that they can flee the city.) First he talks about the time of his own return which he promises will come but not as soon as it was then expected. The faithful are not to run after false prophets with promises of ‘The End’ or claims to be the Messiah, but are to be watchful and patient. His return will be clear. Jesus uses imagery from apocalyptic writing with its standardized descriptions of turmoil, wars and natural disasters, but promises of ultimate victory for God’s people. (History records that there were some who did claim to be the Messiah in the days before the Roman destruction.)

After these general troubles, Jesus turns to the more immediate warning of the persecutions that will come to his disciples before his return. In Luke’s sequel to the Gospel (The Acts of the Apostles) there are instances of these in the early church. These attacks still happen in our times in various parts of the world. It is not surprising that the listeners would have worried about how to react. Jesus promises that himself will give them the words of witness when that is needed.

The selection ends with assurance: those who do suffer will, by continuing to trust in God, win eternal life. The root meaning of the Greek word translated ‘endurance’ is to ‘remain under’ – as someone continuing to carry a heavy burden – and indicates the level of patience Christians are called to in hard times, even under persecution.