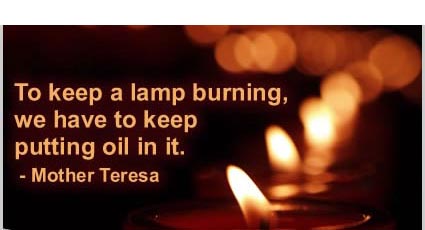 The first readings look back at God’s care for people in the past, and their response of trust. The Gospel looks forward to the time when our completed salvation will come with the coming of Jesus at the end of this world’s history. We are to be ready, with the kind of steadfast faith shown by God’s people in the past.

Wisdom 18:6-9
This is the last book in our Catholic Old Testament, probably written at the end of the first century BC. There is no copy in Hebrew and it is not included in that canon, and some Protestant translations omit or list as ‘Apocrypha’. Although written in Greek, it is addressed to a Jewish audience. At that time there was a large Greek-speaking Jewish population in Alexandria in Egypt, an ancient centre of learning. There the Hebrew scriptures were translated into a Greek version which was used by New Testament authors. The unnamed author draws on earlier Old Testament ‘Wisdom’ traditions but taking into account philosophic movements of that time in the Hellenistic world. It would encourage Jews who found it difficult to live in a pagan environment. The emphasis on Egypt in today’s selection fits the location of Alexandria. (This background information based on Addison G. Wright, SS, in The New Jerome Biblical Commentary.)

This selection comes from a long reflection on the Exodus from Egypt in which the Jewish people were saved, but their Egyptian persecutors perished before they could harm the chosen people fleeing across the Reed Sea.

The message of trusting in God and remaining faithful to him leads into the emphasis on faith in the second reading.

Psalm 32/33:1, 12, 18-20, 22
The psalm response begins with a reminder of how the Hebrew were chosen, saved, and called to be trusting and loyal. This joins themes from both the reading before and the one after.

Hebrews 11:1-2, 8-19 A shortened form may be read at mass
This Letter is written as a Christian meditation on many themes from the Old Testament. Our selection today is part of a long poetic section about faith, seeing leading Old Testament figures as having the same kind of hope that Christians are called to have through Christ. The Greek word for faith unites two aspects – which we might translate as ‘belief’ and ‘trust’. The author attributes to Abraham the belief in a future ‘homeland’ that is like the Christian faith in heaven. The attitudes of those in the past are recalled to encourage the readers to have a similar deep trust in God.

The second part of the reading jumps to the conclusion, leaving out other examples of trust. The stories of Abraham, Sarah and Isaac maybe read in Genesis. Reading all of chapter eleven in Hebrews is a summary of the Old Testament in which all persons mentioned are seen through the filter of Christian faith.

Luke 12:32-49 A shortened version may be read
We continue with the series of teachings Luke has placed on the journey to Jerusalem, picking up themes from last week. Our selection has omitted words on trusting God for our needs instead of being anxious to provide for ourselves. Today’s first section is found only in Luke, describing disciples as a ‘little flock’. With the historic background of being a pastoral people, and living where sheep were still an important part of the economy, we find many instances in both the Old Testament and the four gospels where sheep become illustrations, metaphor or symbols of the people of God. One aspect of Jesus’ words is the humility of recognising we are always dependent on God for care. Jesus himself is our ‘model of a shepherd’.

Then comes a challenge; not only do we need to trust God to provide for us, but we are called to share with others what possessions or wealth comes our way. These alms are compared to earthly treasures which are perishable, while sharing them and caring for others is a ‘treasure’ that lasts into eternity. The mention of the ‘kingdom’ is a reminder of having our priorities clear – what we need for our bodies comes after what we need for eternal life.

Next is a parable, only in Luke, which is a change in topic. Like many parables, it opens with a situation that has familiarity for the audience: the duties of servants (often slaves) in a large household. The Greek word translated ‘men’ in the liturgy version is the inclusive form, so that it would include women servants in the household. They are expected to be ready to serve whenever their master returns home, in this example from a marriage party. Today a wedding celebration can last for some hours but at that period it might go on for several days. Then, as sometimes in parables, comes a twist of the unexpected: when the master returns, he actually becomes the servant and waits on them! An employer now as then is not likely to serve his employees, so this surprise can lead us to reflect on the difference between how humans behave and how God cares for us. Jesus told his disciples, ‘I am among you as one who serves.’ (Luke 22:27)

The last part is a third comparison, shared with Matthew, using another easy to understand situation: if you know when a burglar is coming, you will be able to defend your house. Then a striking comparison – Jesus the Son of Man will return like a thief in the night! In our time when the return has been delayed for the millennia that separate us from Jesus’ ministry, it is a reminder of what is most often not expected in our lifetime. Yet, however long the delay, Jesus is coming again, and the fullness of the kingdom will then belong to his ‘little flock.’

Peter asks if the parable is for anyone. Jesus does not answer with a yes or no but tells another parable, in ever stronger examples, of the need of servants to be ready when the master returns. It has been easy for people, now as then, to think they have ‘plenty of time’ to reform their lives or take up good actions, but Jesus warns them it may not be the case. Perhaps the answer to Peter is suggested when Jesus speaks of ‘more is asked of those to whom more has been given’. Peter and the other early leaders had a special gift which brings a special responsibility to carry out until the final day. It is left for us to look at our own lives: what has been given me? What do I do with those gifts?