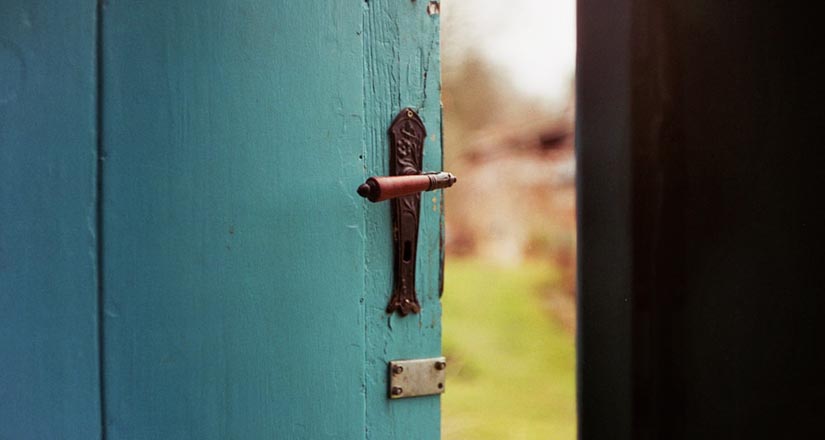 Does God need to be persuaded? Many prayers, including some of the Psalms speak as if the Lord will only act if people keep asking him for something. Or is there something more complex in our communicating with the Almighty? Our readings today offer a chance to reflect on this.

Genesis 18:20-32
This section follows on from last week’s account of ‘The Lord’ visiting Abraham and promising the birth of a son. Sharing stories is an age-old human trait, but people think of stories as mainly for entertainment. The Bible, however, uses them to lead us into a deeper understanding about life, and about our relationship to God. It is left to us to figure out when the story is about historical facts and when it is more of a metaphor or comparison. The unnamed writer of this selection from the Bible is a vivid story teller who makes deep theological points through the tales told. The Lord is often in the Old Testament described like a human being, which some find a primitive view but is a good symbol for intimacy with a transcendent being otherwise beyond any full human comprehension. Here God is described as walking along with Abraham as they leave the place of hospitality. They pause at the top of a ridge overlooking two cities built on a low plain near the Dead Sea, a region that shows past geological destruction and so provided a background to the story of impending disasters.

In the verses just preceding, The Lord has considered whether he should conceal from Abraham what he is about to do, since he has chosen Abraham to become a ‘great nation’ by which all peoples would bless themselves and who in response will live righteously. Our reading opens as he tells Abraham what the problem is. ‘The men’ are the two others who came with Yahweh in last week’s reading, at one point they were called ‘angels’ and their actions show beyond human.

The dialog is often described as Abraham interceding with God, which makes it a story of prayer. The writers of the New Jerome Biblical Commentary suggest it is rather a dramatic way of considering whether God’s justice would punish the innocent along with the guilty. This is from a human point of view still an issue of our times with modern warfare’s indiscriminate slaughter, even of children. The question then is: does God ‘punish’ the innocent? The justice of God was an important belief for those who lived among pagan gods acting arbitrarily and even as cruelly as humans at their worst.

Note the skilful suspense as the numbers wind down. In the event, it is only Abraham’s nephew Lot and his family who are left as ‘righteous’ and the two ‘men’ – now shown as messenger or agents by their actions – escort them from the city before its destruction.

Colossians 2:12-14
The image of death and burial as the first part of the baptismal liturgy is one of Paul’s ways of understanding God’s salvation through Jesus. This comparison is more vivid when baptism is total immersion, as it was in the early church and for some Christian communities today. Going down into the waters and rising in the new life of Christ is a visual enactment of the deeper meaning of coming up from death. Circumcision which brings males into the Jewish community is another image for Christian initiation. Sinfulness as death is also a familiar metaphor as sin separates people from God, the source of true life.

Early writers worked to find images of how to understand the mystery of how we are saved by Jesus death and resurrection. Here the comparison is a debt, as something to be paid, as it was in violations in the old Law. ‘Nailing it to the cross’ is a vivid picture, imagining the debt as a written document which is now publicly cancelled, but also reminds the readers of Christ’s suffering that made the cancellation.

Luke 11:1-13
Luke more than the other evangelists mentions Jesus praying, and here it provides a setting for the disciples to ask for a prayer formula to use. They have noted the disciples of John the Baptist were given one, though Luke does not tell us what that prayer was. The form Jesus gives is one of communal prayer, and the example Jesus responds with is in the plural. Jewish prayers that have come down to us tend to be long and elaborate. Jesus gives them one that is short and suggests a focus on ‘what we really need’ for our daily lives.

Christians who have long prayed the ‘Our Father’ will note some differences. The longer version we generally use comes from Matthew 6:9-13. There is no way of knowing now why they vary. It could be a prayer remembered in different detail by various disciples, or prayers Jesus gave on different occasions, or perhaps a prayer chosen to suit a liturgical community. Rather than a formula to repeat, we may take both as examples of the way to pray, rather than having a concern for the precise words given by Jesus. We first turn to God as sinful creatures who cannot ‘save ourselves’. We rely on God for all we need.

Luke for the first forgiveness petition uses the Greek word for ‘sins’ instead of ‘debts’. ‘Sin’ or ‘wrongdoing’ would be more familiar to a Gentile audience than the Jewish idea of sin against others as a debt incurred. ‘Do not put us to the test’ is same as the Greek text of Matthews, a more accurate translation than the one we have been using in English – ‘do not lead us into temptation’. The ‘test’ may be a crisis like the End Times when many are under pressure to lose their trust and reliance on God. We are not to rely on our own strength, but on God’s protection.

The word generally translated ‘daily’ is a rare one, and occurs only in Matthew’s and Luke’s prayer. Scholars have worked with the possible background, and two likely meanings are ‘for today’, ‘day by day’ or ‘for what we need’. We don’t actually have to make a choice as we pray, as the two meanings come together: we ask in trust that God gives us what is actually needful for the present day. To ask instead for a supply enough for the future would mean we forget we have to rely on God each day. We also in praying this reject the desire to accumulate goods beyond what we really need.

The next section is a short parable only in Luke, and shows Jesus as vivid storyteller, as was the author of the first reading. Nicholas King comments on its ‘gentle humour’ of comparing God to someone who wants to sleep undisturbed and send his neighbour away. (It is easy to overlook Jesus’ use of humour, something which is common to skilful storytellers.) The background is like that of Abraham last week: the duty of hospitality owed to a traveller – even if one is out of food as is the man in the parable who is still anxious to provide for his visitors. Does the persistence in prayer that Jesus depicts mean God does not respond unless we pester him? It could be that it is something we need to look at about ourselves. If we don’t receive our requests immediately, it may lead us to focus on our own intentions. How much do we really want what we ask for? Is it an idle whim, or something we haven’t thought through and may forget in the days or weeks ahead? Or is asking God to act a way to ignore what we ourselves should do? Secondly, it suggests trust that God answers – but in his own time. This is brought out in the next statements, which are also in Matthew with minor variations.

In our time, the news sadly tells of abusive and even murderous fathers, but among the Jews fatherhood was a blessing to be desired and honoured. Even the best of fathers, however, Jesus says is not as loving and generous as God. Matthew’s version has Jesus promising ‘good things’. Luke, whose Gospel is so full of references to the Holy Spirit, may have wanted to stress that the Spirit is the best of gifts we can ask for.

I have heard many stories of people complaining that their prayers were not answered – meaning things did not happen as they wanted. The assurance of God answering however seems not to mean – ‘you will get exactly whatever you ask for’. In his book on Saint Luke, G. B. Caird puts it well: Jesus ‘does assure them they cannot ask, seek or knock in vain…. The point is that, no matter what God may send, his children must persist in the confidence that he knows what he is about.’