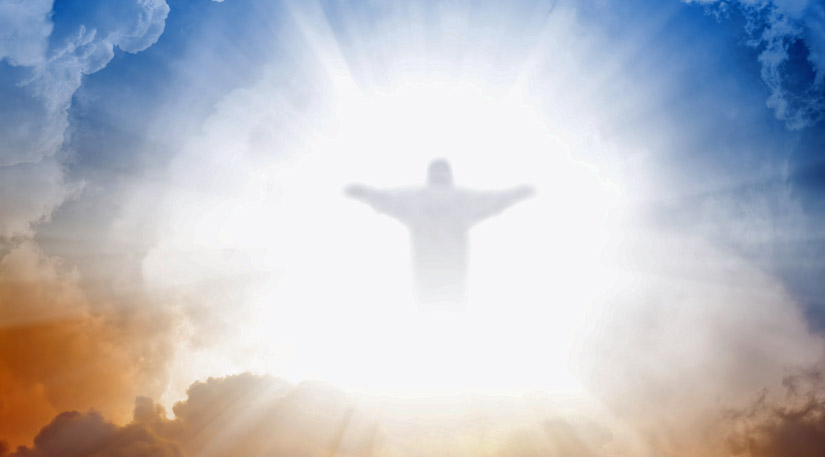 We are approaching the end of Year B, and this is the last day to hear from Mark’s Gospel. All through the year, selections have been made to fit the liturgical seasons, and we are not given the gospel in sequence as it follows the life and teaching of Jesus from John the Baptiser to Resurrection. Today’s words are near the end of the gospel when Jesus has been teaching in Jerusalem and just before his final days and last Passover. As they look forward to Jesus return, they are in their way a fitting conclusion to our year of Mark.

Daniel 12:1-3
This book written in the 2nd century BCE is in the apocalyptic style which was popular at that time. The purpose was to encourage Jews living under the persecution of the Syrian king, Antiochus IV Epiphanes. This form of writing seeks to assure those suffering or in trouble of ‘the unlimited power of God and divine protection for the faithful.’ [Revised New Jerusalem Bible]. These short verses near the end show the long history of hope for a final time coming with universal peace and justice. The basic message of this section is assurance for those who fear their lives are in vain, or their beloved dead lost forever. The belief in resurrection is stressed, which had come to be more fully understood at that time. Michael, not named as an ‘archangel’ here, was seen as the defender of all those who are just and faithful to God’s word and suffer persecution for that.

‘The one of great age’ seems an oblique way of speaking in visionary language of the eternal God. ‘Like a son of man’ suggests someone with a human appearance. Jesus who often called himself ‘the Son of Man’ may have taken the title from this verse, which had not been often used for the expected Messiah. That allowed him to explain more subtly who he was and his role as suffering and rising saviour and then, everlasting ruler.

Psalm 15/16:5, 8-11
These verses first dedicate us to making God central in our lives. Then they pick up the theme from Daniel of resurrection, although that belief at this earlier period was more a simple trust in God for life.

Hebrews 10:11-14, 18
This is our last selection from this Letter, and these verses continue with the idea of Christ as our eternal priest, now pictured as enthroned in heaven. It does not use the title of ‘king’ here but suggests that sort of sovereign power. The author had previously has explained that as one who is ‘in the order of Melchizedek’, Jesus is both priest and king.

Mark 13:24-33
This section of Mark begins when some of his close disciples question him about the destruction of the Jewish Temple and the end of time. He gives them a long complex answer and uses some apocalyptic language. That means it has both warnings and reassurance in times of persecution and other dangers. The picture of darkened sun and moon and falling stars are typical symbols for a complete disruption in what the world has been like. All this it seems is beyond our understanding, although current scientists do speak of our galaxy winding down in the far distant future. But Jesus, like apocalyptic writers, is mainly concerned to give assurance that God is in charge of all. He does not give a definite time for the ‘last days’ but urges us to trust and ‘watch’, to be ready whenever he comes for us.

Both the words of coming as if on clouds of glory and the title Son of Man recall the imagery of Daniel. There is a paradox here of both the assertion that the final time has already begun with Jesus and his generation, but with the final date that no one can know beforehand. Perhaps he also means that in his humanity, this is not something he can predict for them, but what is important is to believe that God is certain to bring it about. We need to hold to both aspects of the paradox of not knowing, waiting, but we also look for ‘signs’ and be prepared.

After about 2000 years of waiting, it is easy to forget that Jesus is indeed coming again. We may need the reminder that the faithful are assured of his – and our – eternal life. Our own times of disasters and the destruction from climate change have been called ‘apocalyptic’, but often in fear or despair. Holding on to the power and presence of God through it all, while also acting for the betterment of this world, is the Christian challenge.

For many Jesus ‘comes’ at death before the final coming, and the advice to be trusting in God’s protection applies to every life. As Hamlet says, ‘The readiness is all.’

***
As we say ‘Goodbye’ to Mark after this Sunday, it is a good time to read the shortest Gospel as it is written from beginning to end, appreciating it for its own particular way of reporting the ‘Good News of Jesus Christ the Son of God’ (first verse). There is a ‘Brief Introduction to Mark‘ in the website archive you can review if you want some guidance to the book. I have studied Mark’s with the Greek text from the 1970s but learned much more this year, meditating on each verse, and reading more from commentaries. I have found that this Gospel, like most of the Bible, always has something more to give us, the more time we give to reading and thinking over what it tells us.