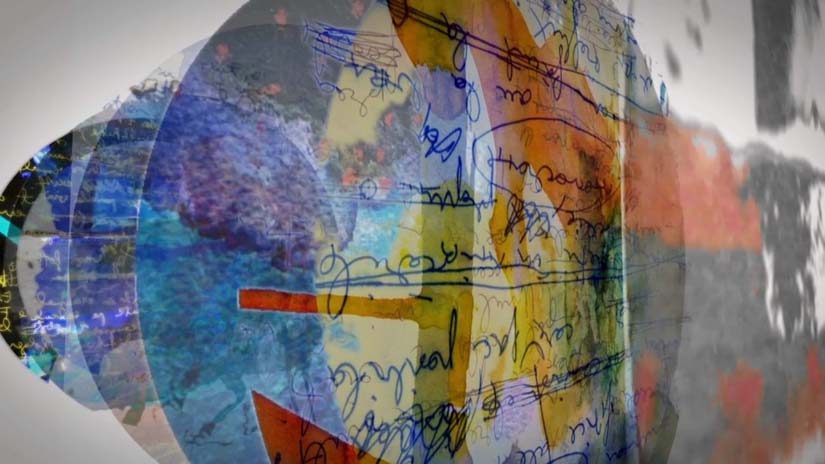 The readings today are the same every year, with the meditation that begins the Gospel of John and takes us into the eternal nature of Jesus before his human birth.

Ecclesiasticus/Sirach 24:1-2, 8-12
Because the grammatical gender of the Greek and Hebrew words for ‘Wisdom’, it is described in feminine terms in several books of the Older Testament, and this book opens with another picture, 1:1-10. Similar are Proverbs 8:1-11, Job 28:12-28 and Wisdom 7:22-8:1. In these passages reflecting on the nature of ‘wisdom’ there are statements of Wisdom existing as God’s earliest creation and mediating between God and human beings. These gave Christians a ‘preview’ of God working in His Son and in the Holy Spirit. I find them all worth reading over and over for the ideas and as beautiful poems as well. Any of them is a good introduction to the Gospel today, but this one seems chosen for its mention of ‘coming from the mouth of the Most High’ hinting at ‘The Word’ of John. Wisdom ‘pitching her tent’ has an echo in the Word dwelling among us.

(Ecclesiasticus and Wisdom are late texts and may be missing from a Protestant edition of the Bible.)

Ephesians 1:3-6, 15-18
The opening to this Letter has more obvious echoes of John, chosen before the world was made, made children of God, ‘grace’, wisdom, and enlightenment.

John 1:1-18
The long meditation on the Word serves as a ‘prologue’ to the gospel, and scholars suggest it was added late in the Gospel’s preparation to the body work which opened with the coming of John the Baptist – as the Gospel of Mark does. The words on John the Baptist then were included in the prologue. The opening takes us back to the ‘beginning’ of everything – words that recall the first book of the Hebrew Bible – and even before the rest of creation. It is poetic in style, using much of the typical form of Hebrew poetry, which is ‘parallelism’ – putting two lines/concepts/ideas together to make something richer than either one. This tends to make the statements reflective, as poetry often is; we are not to rush through, but let it sink deeply in.

It is a complex creative work, and here space for only a few points which may help open its richness. It is something to return to again and again, and in fact the church uses it twice in the Christmas liturgies.

‘The light shining in the darkness…’ has a word in Greek that has a range of meanings from ‘understanding’ to ‘overcome’ and translations may choose just one, as our liturgy’s ‘overpower’. Both distinctions have relevance and I suggest keeping mind the full resonance of them. English terms that show some of the same ambiguity are ‘master’ or ‘grasp’.

With the first mention of John, the evangelist stresses his role as witness, and one not to be confused with the light that is the Word in the world.

There are other choices of this translation I would question, ‘all men’ for moderns is better expressed as ‘all people/all humans’ as it is a word in Greek that is not confined to males. The Hebrew/Greek use of ‘flesh’ is familiar to us in sayings, but we may lose the idea that is not just ‘body’ but expresses the wholeness of a human being. We are perhaps too familiar with the ‘incarnation’ to pick up the startling effect of the Word as coming from God, and being God, then becoming a human being. The liturgy speaks of ‘living among us’ – but Greek word has a root based on ‘tent’ – and ‘tented among us’ better picks up the words in the first reading, and also would remind the early hearers of this prologue of the ‘tent’ that was thought of as the dwelling of God among the people he led out of Egypt as they moved through the land and pitched camp at various places. (Detailed instructions for this are found in Exodus 25-26.) God was thus understood as moving with them wherever they went. Many words of the prologue will be important in the Gospel account which follows – truth, light, Jesus’ relation to the Father and his revelation, those who accept and those who reject – but the emphasis on ‘grace’ is more reserved to this section. Grammatically the prologue ends without a subject of ‘made known’ or ‘revealed’ and we can see it as a colon: the whole of the Gospel is what Jesus came to reveal.
(For those interested in knowing more about Hebrew poetry, I recommend the work of Robert Alter, especially the chapter in The World of Biblical Literature.)